About twenty years ago I was diagnosed with glaucoma. It began as an acute attack sending me to the emergency department on a number of occasions, but by the time I sat in the waiting room for a few hours, the early symptoms were gone, and general on-call doctors found nothing wrong. I was told that it was most likely a migraine headache, and indeed I did suffer serious headaches during these attacks.

Since it seemed I could see just fine afterwards, I took the doctor at his word each time, going home with some prescription pain medications in case of any future headaches.

The last "headache" resulted in a diagnosis - one that had the potential to change my life forever.

This is my story in a nutshell. Since it's a lifelong disease, the story doesn't end until I'm gone, but it changes as we age and acquire treatment and care. 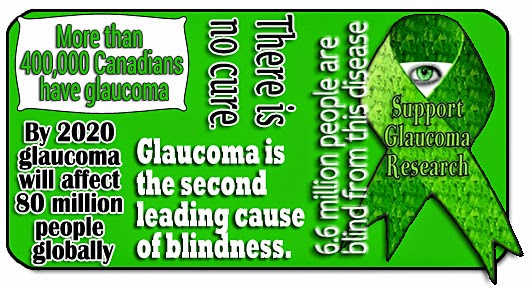